You are here: Home / Latest Publications

END_OF_DOCUMENT_TOKEN_TO_BE_REPLACED

Because the Lebanese are living in fear from insecurity and from the return of civil war,

Because the State’s incapacity to carry out its functions in all areas: security, politics, services, etc., is now threatening to turn it into a “failed State”,

Because the different actors of the confessional political system are imposing an agenda on the Lebanese people based on their differences and their risky bets,

Because the illusion of the confessional State has faded and the political system has lost its legitimacy and its capacity to persist, END_OF_DOCUMENT_TOKEN_TO_BE_REPLACED 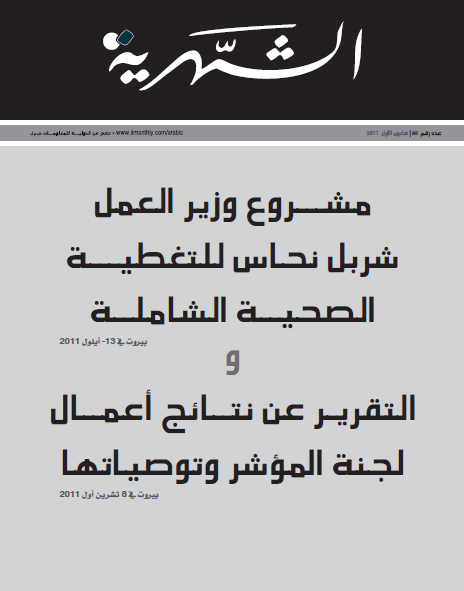 On each of these points, the Lebanese case is different: 1) the private sector historically dominates the education sector; 2) financing of education in general and higher education in particular is exceptionally abundant and 3) no demographic increase is foreseeable: in 2025, the youth population is expected to decrease by -5 % . But the peculiarities of its history and present situation can be valuable in a comparative approach covering several Arab Countries since they shed light on specific factors, trends and options that might still be latent in other cases.

Lebanon is nevertheless facing severe challenges in the field of human capital formation and mobilization that go far beyond problems of financing:

The conclusion discusses different approaches and strategies to remedy the challenges of higher education financing in Lebanon, acknowledging that higher education is far more a response to external stimuli than an exogenous lever or even an autonomous field of action.

Tweets by @CharbelNahas
Scroll to top