Dr. Charbel Nahas studied engineering and planning at Ecole Polytechnique and Ecole Nationale des Ponts et Chaussées in Paris as well as economy and social anthropology. After returning to Lebanon, in 1979, he taught at the Lebanese University for 12 years.

He was in charge of the reconstruction of Beirut Central District from 1982 to 1986. 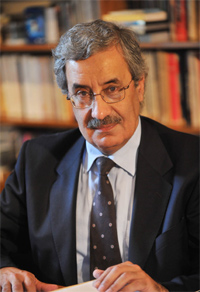 In 1998-1999, he presented a “Financial Correction Program” to the Lebanese Government and works since as a consultant and economic researcher.

His main fields of intervention are :